Not all of the Bravo stars were invited, however, which ruffled Garcelle Beauvais’ feathers.“Then Garcelle was, like, well, we weren’t invited,” Richards said, noting “it doesn’t really work like that.” 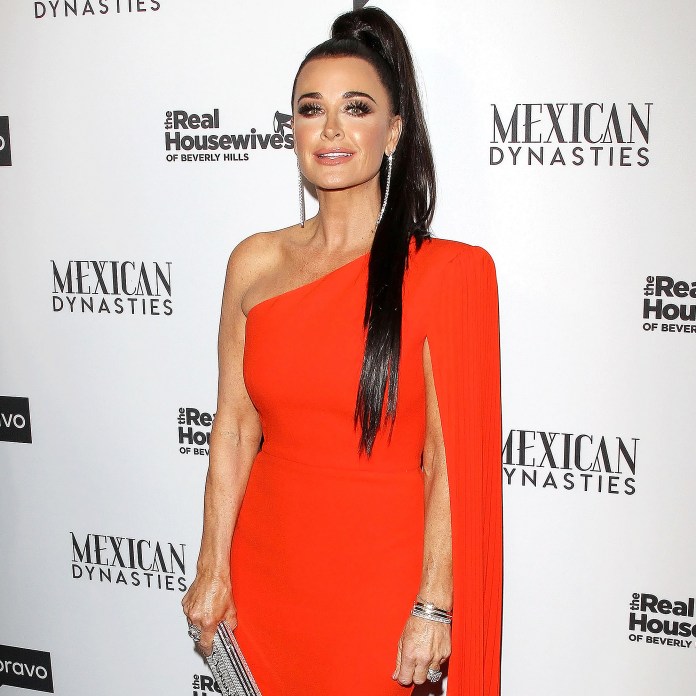 Kyle Richards. Broadimage/ShutterstockShe added: “I didn’t mean to hurt anyone’s feelings. There’s never been a reunion ever where everyone went out together in the history of reunions.”- Advertisement – Drama, drama, drama! Kyle Richards has turned heads starring on The Real Housewives of Beverly Hills, but it was one recent photo that caused some of her castmates to come at her negatively.During a game of Us Weekly’s “I Can Explain,” the reality star, 51, broke down some of her most iconic Instagram photos over the years — and explained why she got heat for posing alongside some of the RHOBH ladies after the season 10 reunion.- Advertisement – The American Woman producer also shared the story behind two of her goofiest photos with some of her fellow Bravo stars — both of which were taken at Andy Cohen’s baby shower in January 2019.“This was at Andy Cohen’s baby shower when we’re leaving,” Richards said of a photo where she puckered up to kiss Real Housewives of Orange County alum Tamra Judge. “That was a really fun event. That’s never going to be topped.”During the same bash, Richards got up and danced on a table with Rinna, 57, and Cohen, 52, which she later posted online.“That is [us] dancing on a tabletop, of course, having the time of our lives,” she told Us. “That was at the baby shower having so much fun. I always think, ‘Gosh, if Andy has another baby we’re not going to be able to top the baby shower.’” 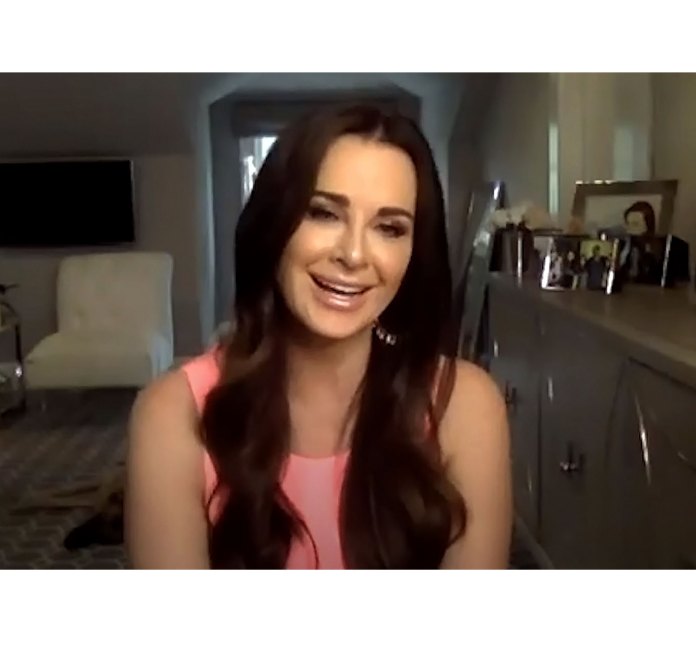 Kyle Richards. The Halloween actress dished about a few other memorable photos from her Instagram feed, including a sexy bikini photo from her Mexican vacation in August and a sleepover snap with Kris Jenner and Faye Resnick.To see what she had to say about her famous friendships and fun family photos, check out the exclusive Us Weekly video above.Listen to Getting Real with the Housewives, your one-stop destination for Housewives news and exclusive interviews “That was right after the reunion,” Richards exclusively told Us, referencing a group shot she posted in July with Erika Jayne, Teddi Mellencamp, Dorit Kemsley and Lisa Rinna. “That picture got me in a lot of trouble, because normally after the reunion we all split off into groups.” 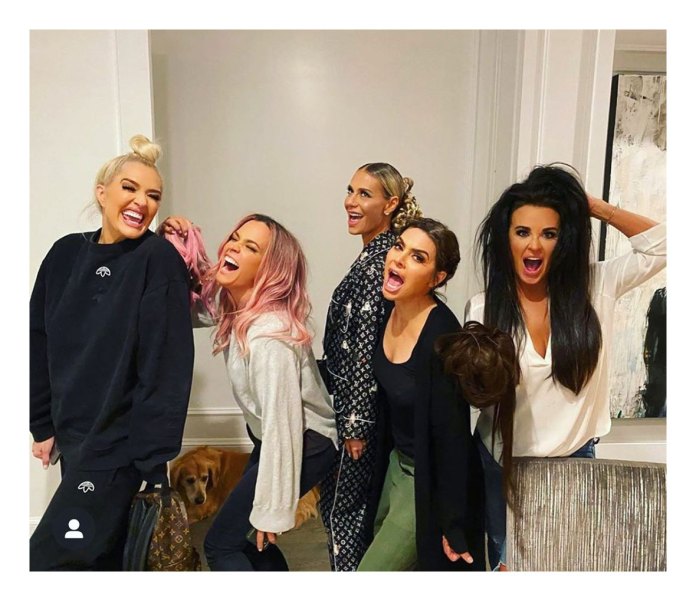 Erika Jayne, Teddi Jo Mellencamp, Dorit Kemsley, Lisa Rinna, Kyle Richards Courtesy of Lisa Rinna/InstagramThe Little House on the Prairie alum explained that “inevitably there’s always someone not talking. So, we split off into groups, some go here, some go there,” which happened after the reunion wrapped.“So, after it ended — Dorit and I weren’t even talking before the reunion — so I texted some people, and was, like, ‘I fixed things with Dorit,’ whatever, I said, ‘Does anyone want to come over?’” she recalled. “Everyone was like, ‘Please I want to have a drink, a cocktail.’”- Advertisement – – Advertisement –